Gold made Calaveras County, but it was water that made the mines. When gold seekers crowded into Murphys and the surrounding area in 1848 they soon discovered the importance of a reliable water supply. The Union Water Co. was formed in 1852 by the combination of companies already working to tap Angels Creek and the Mill Creek watershed. By 1854 the company had extended its reach to the North Fork of the Stanislaus River. Four years later it went into the high country to build Union Reservoir and improve its water supply through the long dry season. Also in 1858, the Union Water Co. acquired the Calaveras County Water Co., which had built a roughly parallel ditch from a North Fork diversion at McKays Point to Hunters Reservoir and then on to the mines. It was a better route and survived into the late twentieth century as the Upper Utica Canal.

In the late 1880s the Union Water Co. passed into the hands of the Utica Gold Mining Co. which already owned some of the richest mines in Calaveras County. The mining company expanded storage on the upper watershed by creating Lake Alpine in 1889-1892 and Utica Reservoir in 1903-1906. Its final reservoir was at Spicer Meadow, which was completed in 1929.

The Utica Company put its water to work running the heavy machinery of industrial mining. The first penstocks from what is now the Angels Forebay were run to the mines at Angels Camp in 1890 where the pressure of falling water was harnessed to operate air compressors, hoists and the stamp mills that processed the ore. It was also the dawn of the hydroelectric age. In 1895 the company set up a small power plant in Angels Camp and a thousand-foot transmission line to run electric lights in one of its mines. Other experimental plants followed, and in 1899 the Utica Powerhouse was built east of Murphys. When the Utica Mine closed in 1918, an air compressor assembly in Angels Camp was converted into a “temporary” electric generator. It served until a new Angels Powerhouse was constructed in 1940-1941.

Although built for mining, the network of ditches fed by the Utica system had been a source of water for domestic use and small-scale irrigation since the Gold Rush. For whatever reason, the Utica Company petitioned the forerunner of the Public Utilities Commission in 1926 to abandon its public utility service everywhere except Angels Camp. Alarmed at the prospect of losing their water supply, residents of the Murphys area organized the Calaveras Water Users Association and engaged in a legal battle with the company that lasted until 1939. A settlement agreement guaranteed the right to purchase water from the Utica system, and the Association eventually became today’s Union Public Utility District. Households and businesses in Angels Camp bought their water directly from the Utica system until 1984 when the city purchased the municipal water system.

When Emma Rose, who owned half of the Utica Mining Co., died in 1946 the company was sold to Pacific Gas & Electric. PG&E modernized the system, including replacement of the Utica Powerhouse in 1953-1954 and upgrades to the miles of ditches and flumes. The PG&E system was covered by two licenses issued by the Federal Energy Regulatory Commission (FERC). Project No. 2019 included the four upper reservoirs (Alpine, Union, Utica and Spicer Meadow), the diversion dam at McKays Point on the North Fork of the Stanislaus River and the Upper Utica Canal from McKays to Hunters reservoir on Mill Creek. Then as now, the Lower Utica Canal carries water to the Utica Powerhouse, with diversions into UPUD’s North Ditch and South Ditch and in more recent years to the Cademartori water treatment plant, as well as to private users along the canal. The Angels project, FERC No. 2699, begins at the Angels Diversion Dam about three miles downstream from the Murphys Afterbay. From the diversion, water flows down the Angels Canal through Ross Reservoir to the Angels Forebay and then to the Angels Powerhouse. Additional diversions from the canal are made to the Dogtown Ditch and other small users, and to the City of Angels water treatment plant. 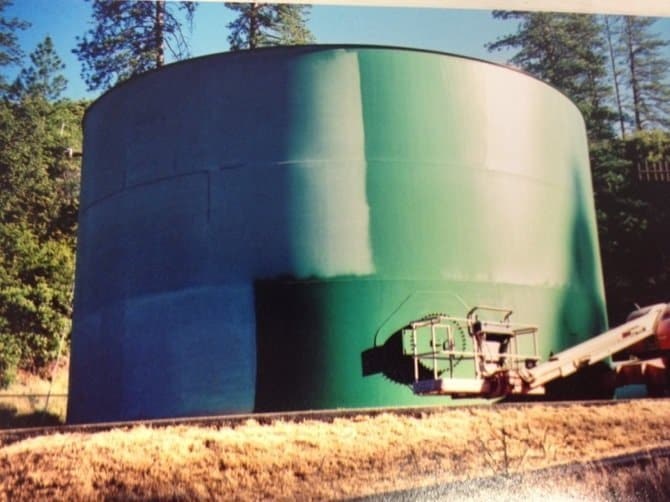 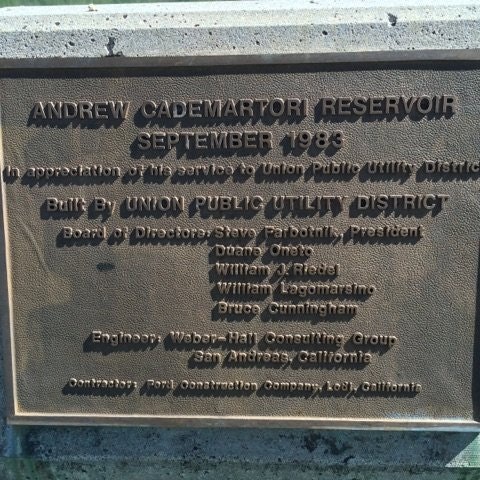 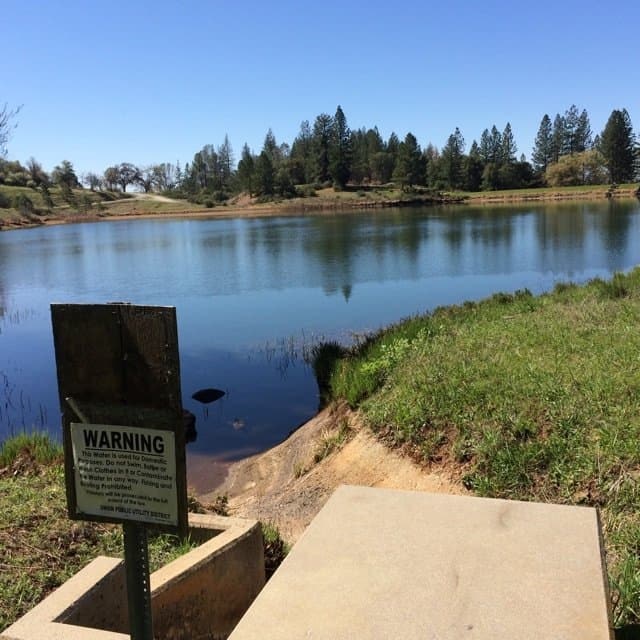 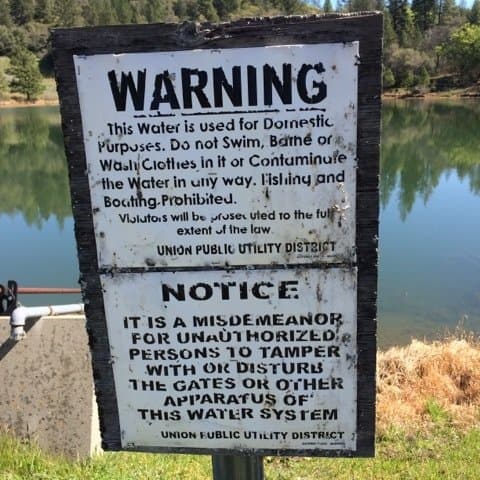 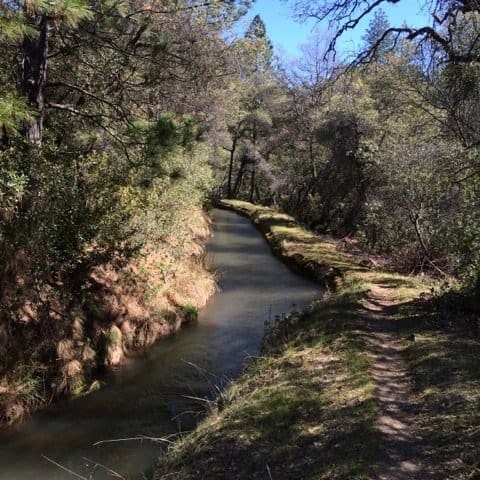 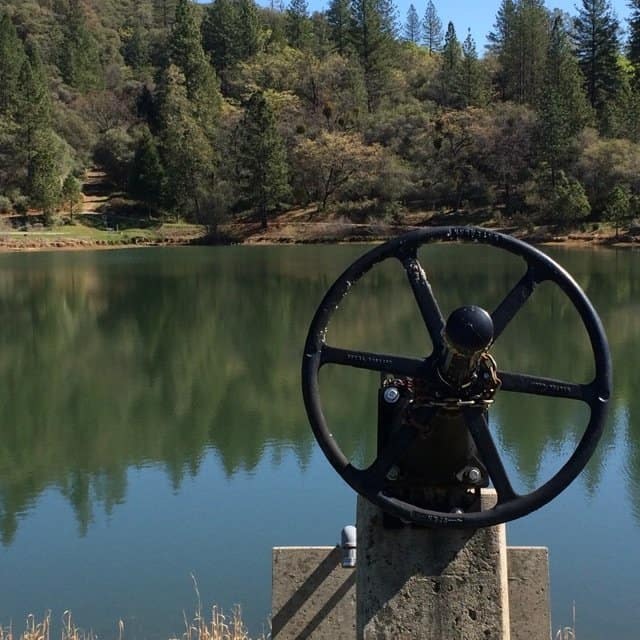 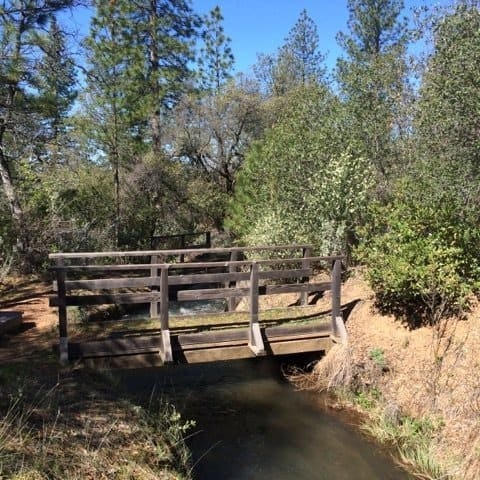 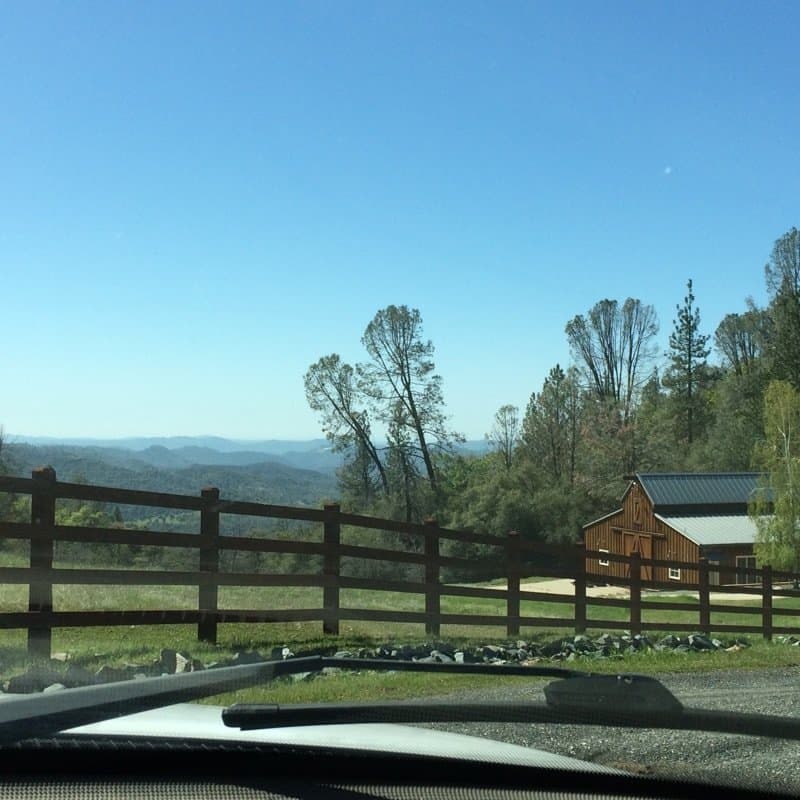 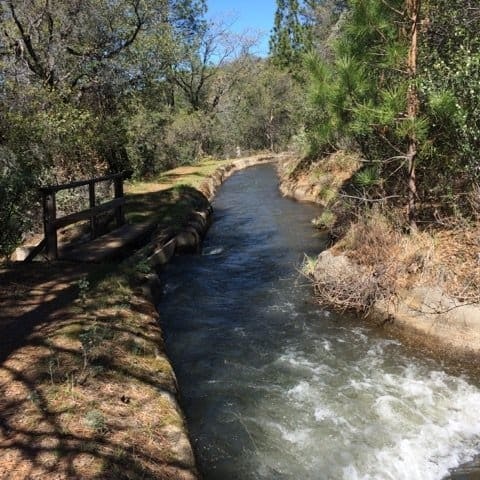 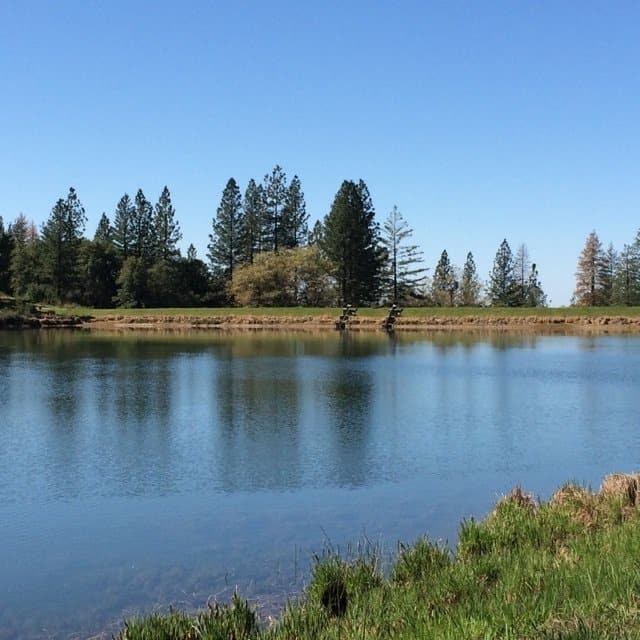 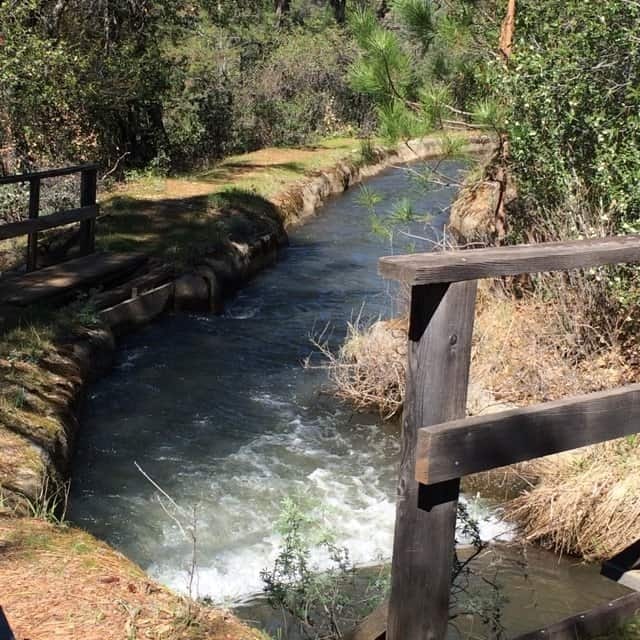 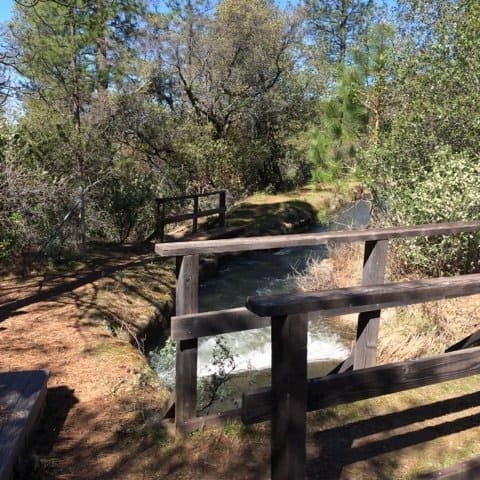 The Utica system had some of the oldest and most secure water rights on the Stanislaus River. They included a right to 88 cubic feet per second (“cfs”) of the combined flow of the North Fork Stanislaus River, Beaver Creek and Mill Creek, the right to store water in the upper reservoirs, and senior rights to the flow of Angels Creek sufficient to fully supply the Angels Canal.

By the mid-1980s the Calaveras County Water District (CCWD), in partnership with the Northern California Power Agency (NCPA), began work on the North Fork Stanislaus hydroelectric project (FERC project No. 2409). CCWD’s New Spicer Meadow reservoir inundated the 1929 Spicer Meadow dam, and the intake facilities for the Collierville Tunnel eliminated PG&E’s McKays Point diversion dam and the head of the Upper Utica Canal. To maintain service to the Utica system, a pressurized pipe known as the Tunnel Tap connected the Collierville Tunnel to a short remnant of the Upper Utica Canal at Hunters Reservoir. PG&E’s water entitlement was delivered through the Tunnel Tap according to a monthly schedule agreed upon with CCWD and NCPA.

PG&E’s FERC licenses were due to expire in 1996, but even as the company began the relicensing process a new complication arose when NCPA filed a competing application for the Utica and Angels licenses. It was assumed that if it could wrest control from PG&E, NCPA would re-route much of the Utica system water to the Collierville Powerhouse to increase its own power revenues. Citizens of Murphys and Angels Camp did not want to lose their historic water supply to NCPA or see the flow in Angels Creek diminished. CCWD entered the negotiations, and in 1995 signed a settlement agreement with NCPA. CCWD would buy the PG&E projects, with NCPA sharing in the cost. In exchange, NCPA would take ownership of the Lake Alpine, Union and Utica reservoirs and the old Spicer Meadow storage rights in addition to 28 cfs of the 88 cfs North Fork Stanislaus water right. All the rest of the PG&E projects—from the Tunnel Tap through the Angels Powerhouse—would be transferred to a new entity, the Utica Power Authority. UPA was set up as a joint powers authority with CCWD, UPUD and the City of Angels as members, giving the local area ownership of its water supply. Although governed by a board made up of representatives of its member agencies, UPA is the legal owner of all of its assets, including the remaining 60 cfs water right. A schedule of monthly water entitlements for North Fork Stanislaus and Mill Creek deliveries was negotiated by CCWD and NCPA, and UPA retained all of PG&E’s rights on Angels Creek and French Gulch.

UPA was officially organized in December 1995, and received the assets and rights of the PG&E Utica and Angels projects by deed and bill of sale in 1997. New FERC licenses for projects 2019 and 2699 were issued to UPA in 2003. These two licenses are due to expire in September 2033.

Operating a water delivery system in rugged terrain is never easy, and that was never more apparent than in September 2001 when the Darby Fire burned through a long section of the “3/4-Mile Flume.” An emergency pumping system kept a minimum amount of water flowing to local communities during the ten months needed to rebuild the flume. Although most of the costs were absorbed by insurance and the state Office of Emergency Services, CCWD grew concerned about the legal and financial costs of participation in UPA, and withdrew entirely in 2004.

The Utica Power Authority is also in the business of hydroelectric generation, operating the system developed by the Utica Company and PG&E. As a producer of certified “green power” it can command higher prices for its electrical output as utilities across California increase their use of environmentally friendly renewable energy resources. In 2013 the name was changed to Utica Water and Power Authority, now known as UWPA, to reflect its primary mandate to assure delivery of its precious resource for the best beneficial public use for generations to come.